Let these gorgeous Strawberry Daiquiri Cupcakes whisk you away to more innocent (slightly naive) times. Like the summer when you thought the world couldn’t get any better than sitting in warm sand sipping a sweet n’ tangy frozen bevvy. 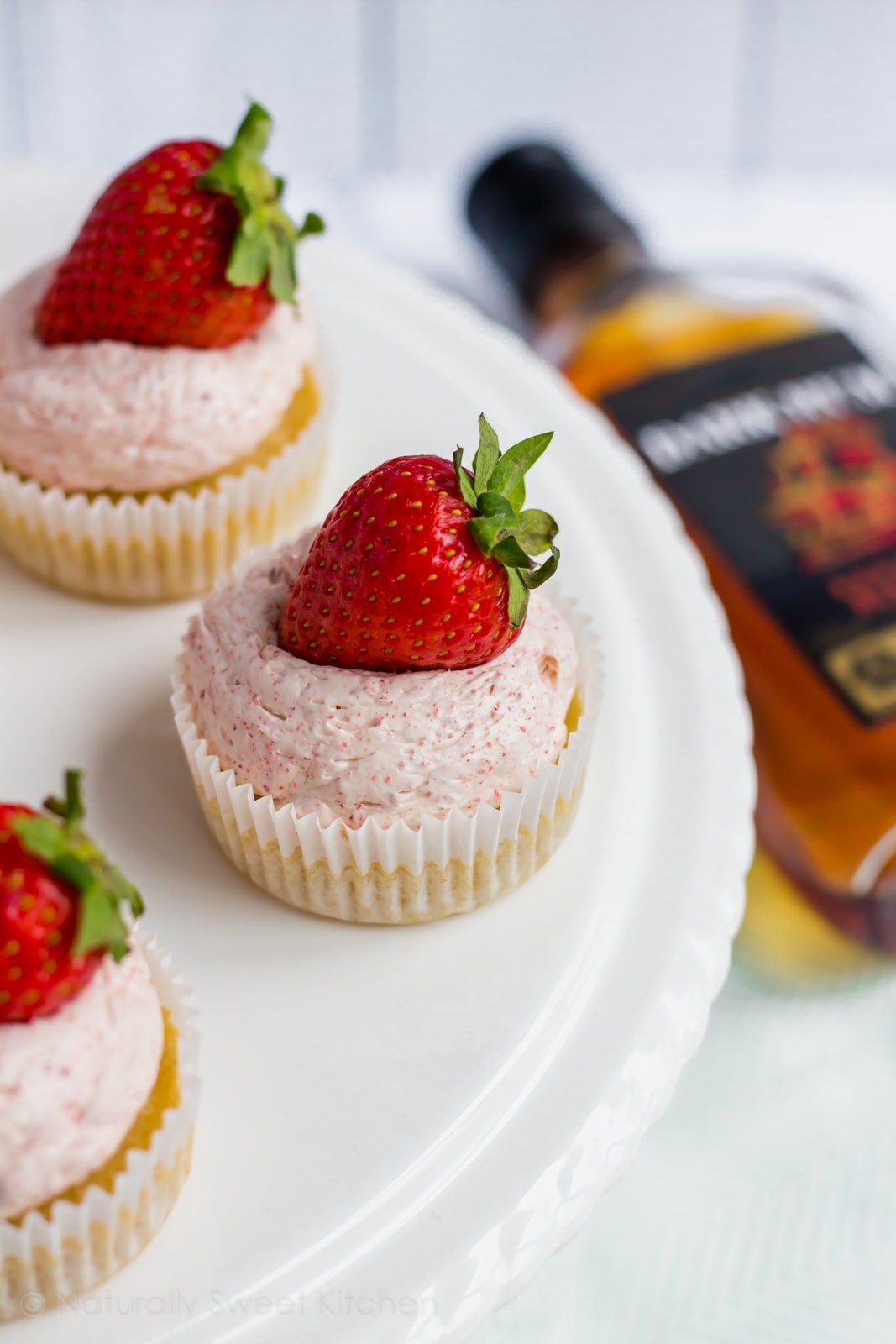 I tried my first daiquiri sitting in a shallow, clear swimming pool at a Mexican resort when I was eighteen years old. I’m pretty sure it was my first fancy (legal) cocktail and I felt like such an adult – sitting at the swim-up bar, sipping on a fruity cocktail at a fancy-pants all-inclusive. Yeah, I felt posh. Which is definitely not the way real adult me feels now in my flour splattered shirt and frizzy updo.

It was that memory – of teenage innocence and crystal blue waters – I wanted to recreate in these Strawberry Daiquiri Cupcakes. I tried to incorporate all the elements of a traditional strawberry daiquiri when making these: sweet strawberry, a hit of zingy lime, and a tipple of dark rum.

First, we draw you in with a deliciously sweet and fluffy, rum-spiked vanilla cupcake and then we slap you in the face with a sharp explosion of lime curd as you bite through the centre. A swirl of silky strawberry swiss meringue buttercream tops off this cupcake nicely, giving you a powerful burst of strawberry flavour. It’s fun, it’s wild, it’s summertime in a cupcake.

I won’t lie to you – these were not the easiest cupcakes to develop. In fact, I made several batches of Strawberry Daiquiri Cupcakes until I was satisfied with the result. #perfectionist

However! I did discover a few things from my various crappy batches that I would like to share with you so that you don’t make the same mistakes I did. So, let’s get learnin’! 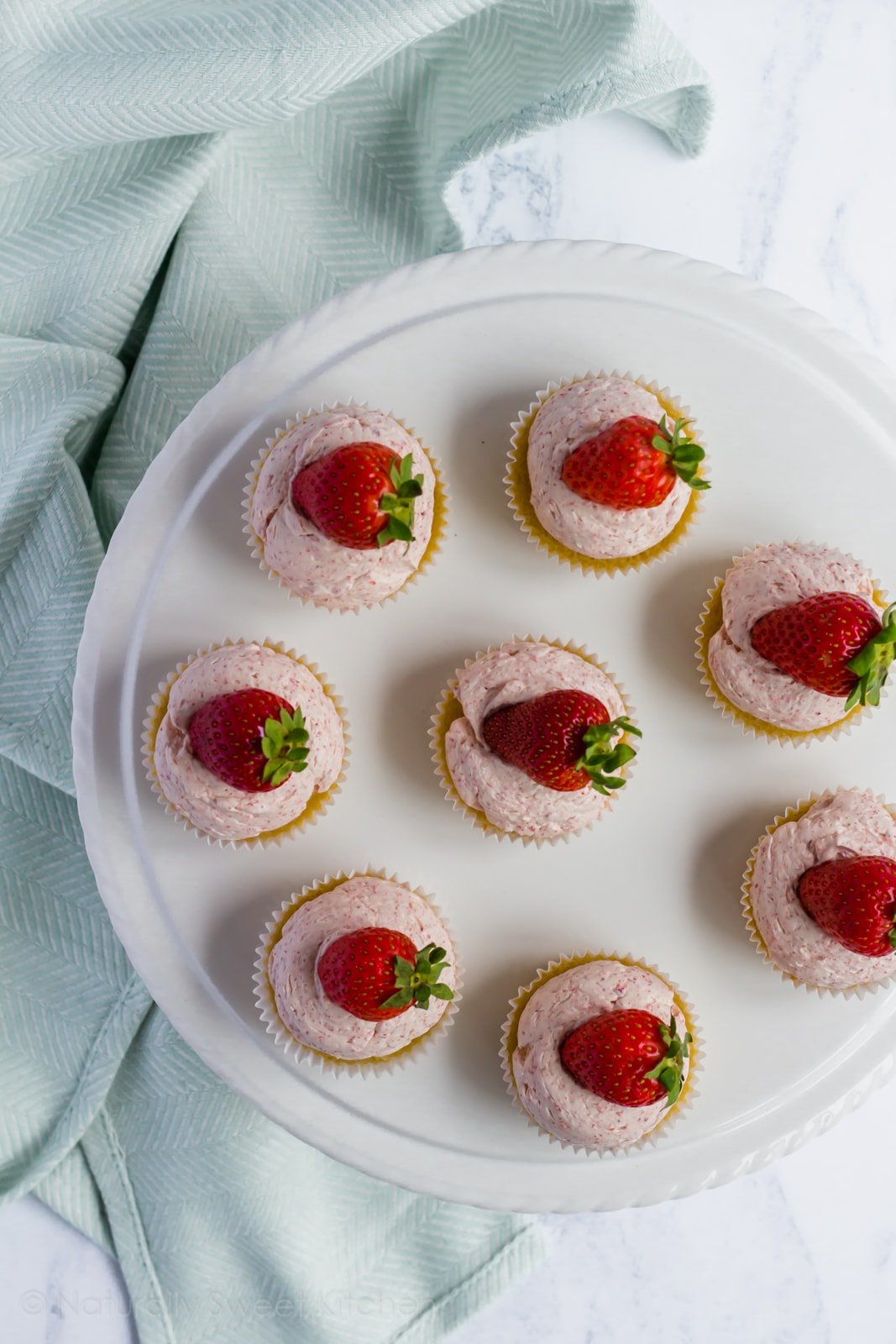 Let us discuss tunnelling. If you’re unfamiliar with the term, it’s what happens when the carbon dioxide becomes trapped inside the cake and tries to burrow its way out. This tends to result in unpleasant holes in the top of your cake and a dense crumb.

Tunnelling was my nemesis with these cakes. As I pulled batch after batch out of the oven, I couldn’t help but deflate a little each time I saw gargantuan holes in the top of my otherwise lovely rum cupcakes. What the hell was I doing wrong? So I took to Google (as I often do in times of deep questioning), and it revealed some surprising results. Tunnelling is not an uncommon issue. Most of the time, it results from over mixing the batter once you’ve added the flour or too much carbon dioxide from chemical leaveners. Sometimes, it’s caused by curdled ingredients – which is why it’s always important to make sure everything is at room temperature before you begin baking – or over whipping the eggs or the baking tins being overfilled or… you get the idea. There are lots of reasons why your cake can tunnel.

So, with renewed vigour, I tied on my apron for the fifth attempt at these Strawberry Daiquiri Cupcakes. I made sure all of my ingredients had come to room temp before I began. I thoroughly sifted my dry ingredients (three times, in fact) to evenly disperse the baking powder. I was careful not to over whip the eggs. I only folded the batter until all of the flour pockets disappeared. I measured out my batter evenly into the cupcake moulds, careful not to overfill them. I tapped and swirled the tins on the counter. And then I sat in front of the oven and watched as my cupcake dreams were crushed once again.

Never in my life have I so hated a cupcake, friends. 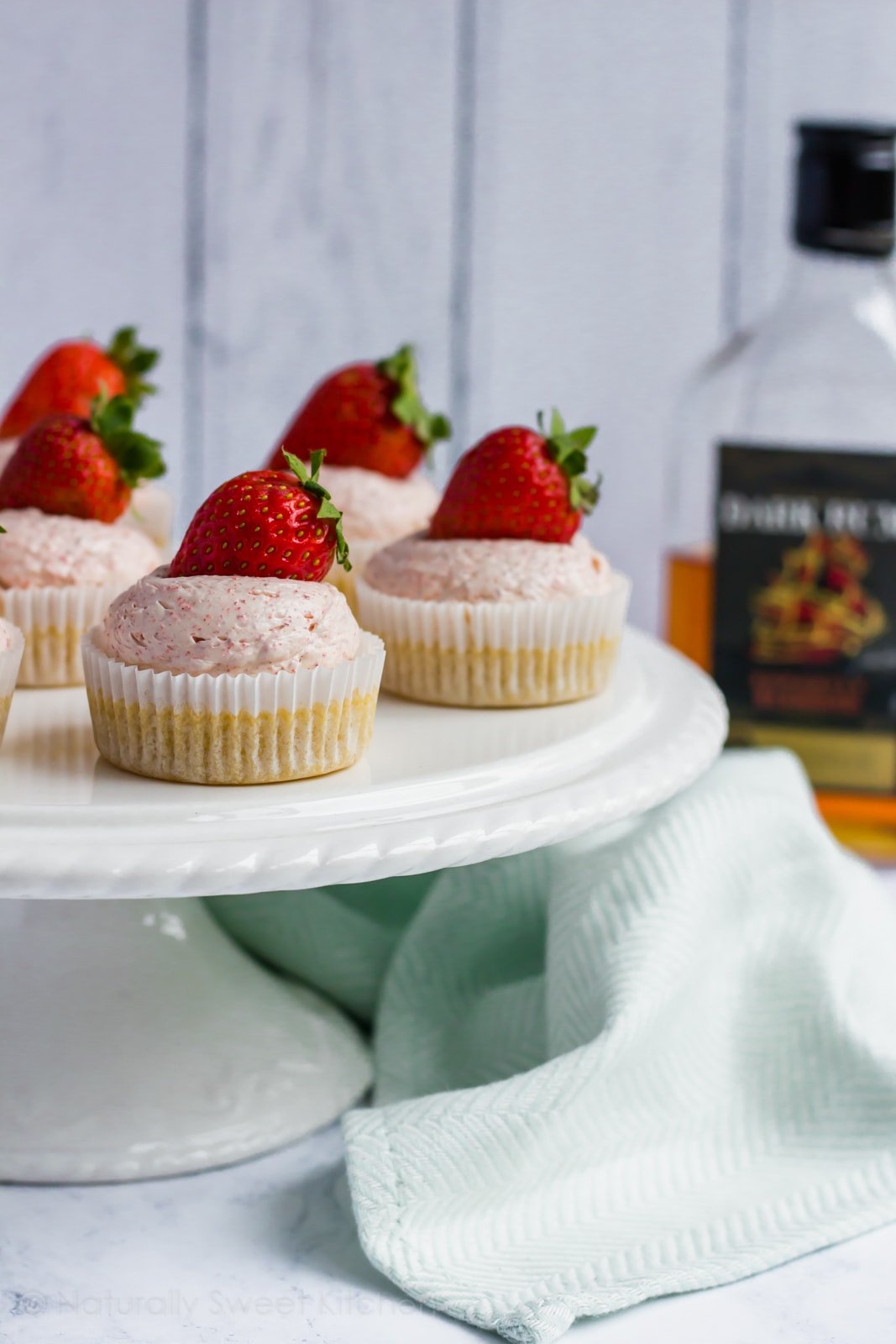 After a tiny meltdown, I flicked on my laptop and then it dawned on me. Perhaps my method wasn’t the issue – maybe it was the ingredients I had chosen.

A little more Googling bore some fruit. The size of my sugar granules was the likely culprit. While using regular granulated raw cane sugar is fine for cakes with a high moisture content (ie. when you’re using oil, lots of milk, or yogurt in your recipe because the sugar has something to dissolve into), it is absolutely rubbish for creaming into butter. It simply won’t dissolve. In retrospect, I probably should have noticed the difference from the fact that the creamed butter and sugar just weren’t fluffing up like I was used to. No aeration = dense-ass, mole-hill cupcakes.

I did a little dance when I pulled the final batch out of the oven. They sprung back at the touch and there were only some teeny tiny holes in the top. #nailedit 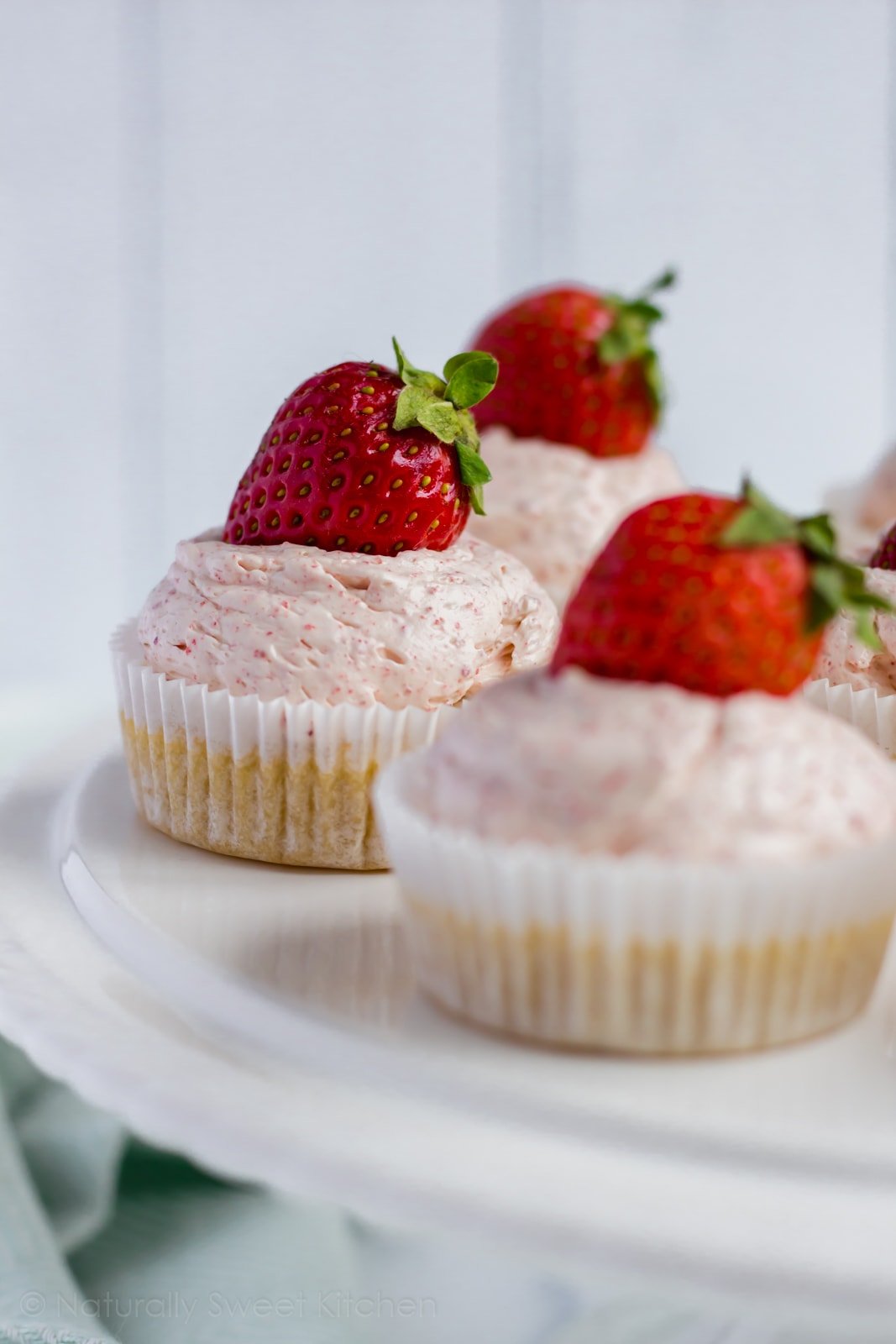 So let’s recap. When you’re baking a cake, you should:

Yes, it seems like a lot of rules, but baking is a science, you know. You were made to follow the rules in Chemistry class for the same reasons – shit happens when you don’t!

Although, in my case, it was some tasty shit. 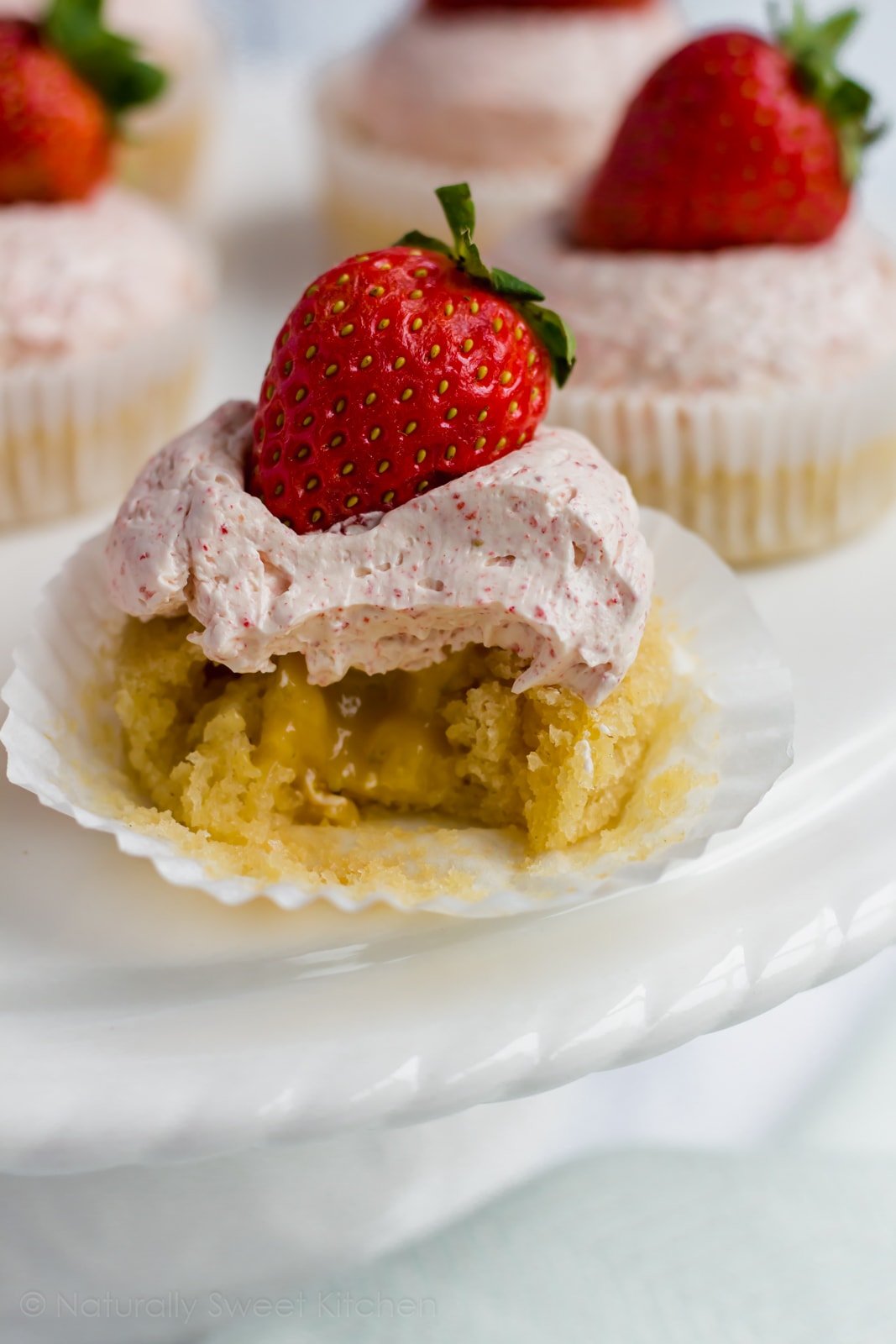 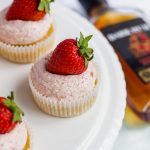 These Strawberry Daiquiri Cupcakes are infused with dark rum, a slap of zingy lime curd at the centre and topped off with sweet strawberry buttercream. 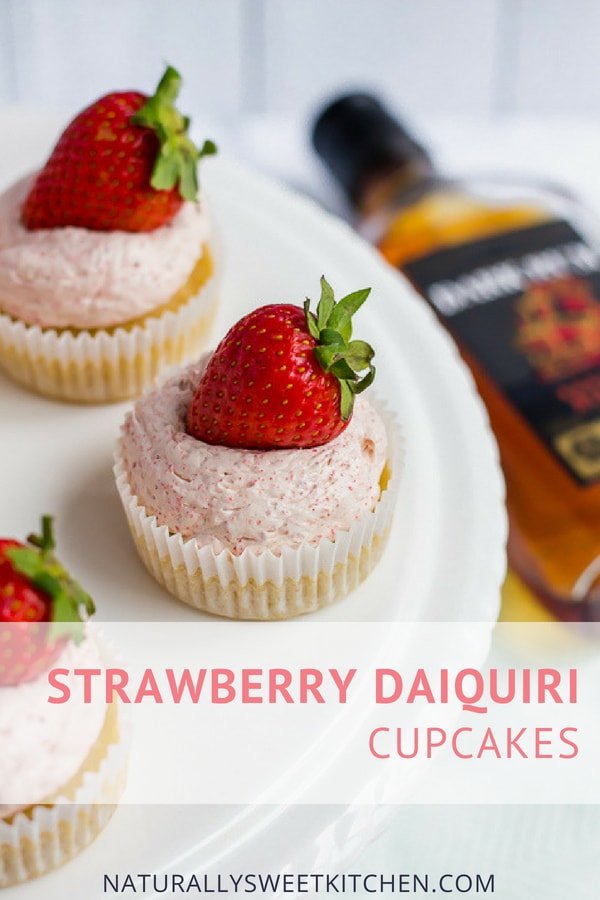 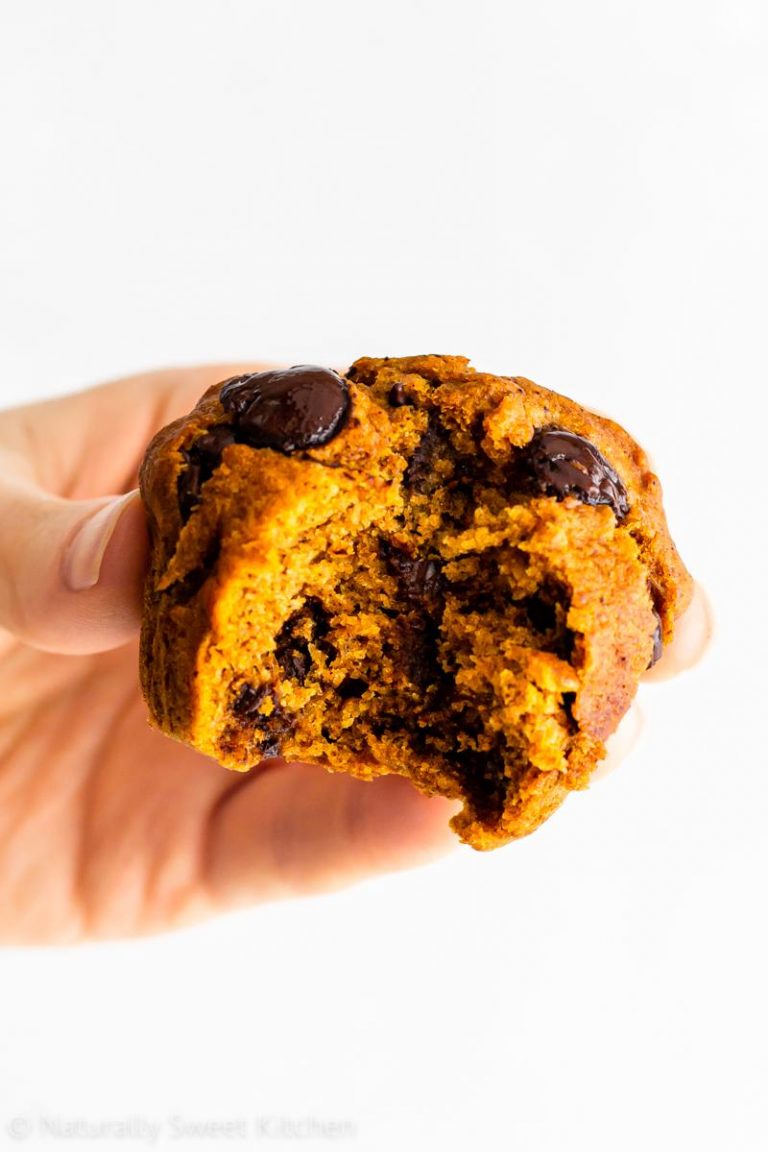 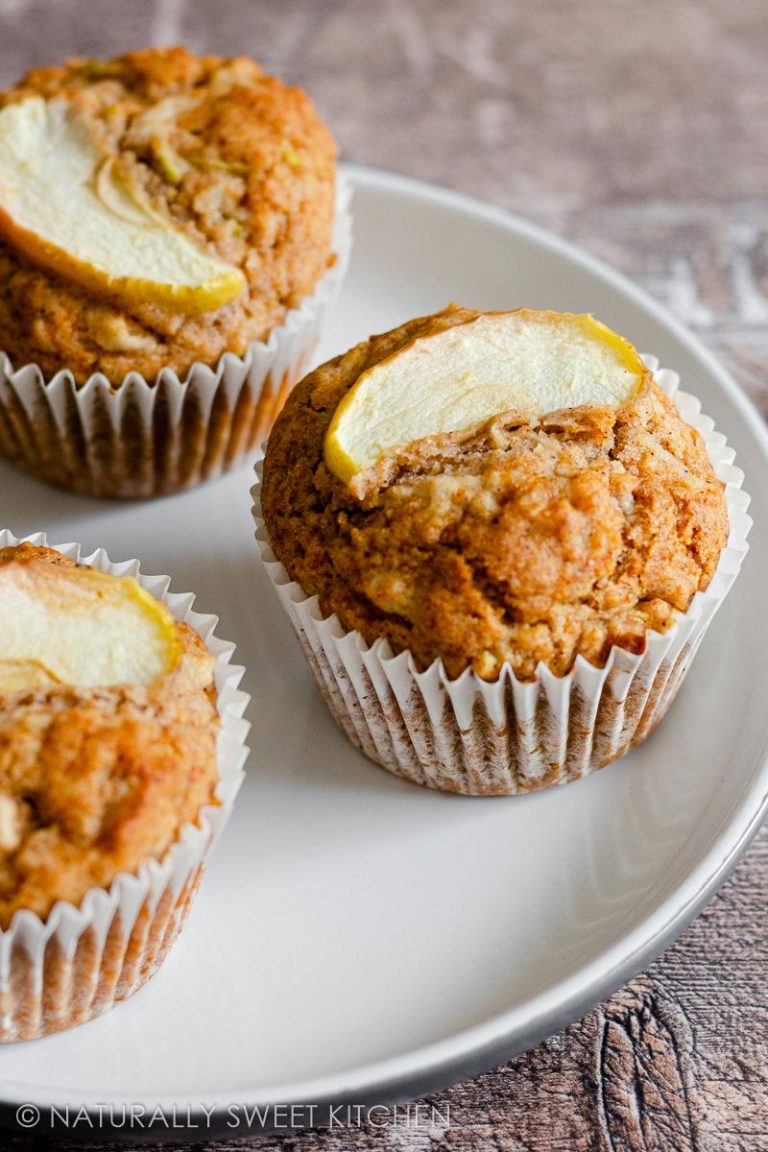 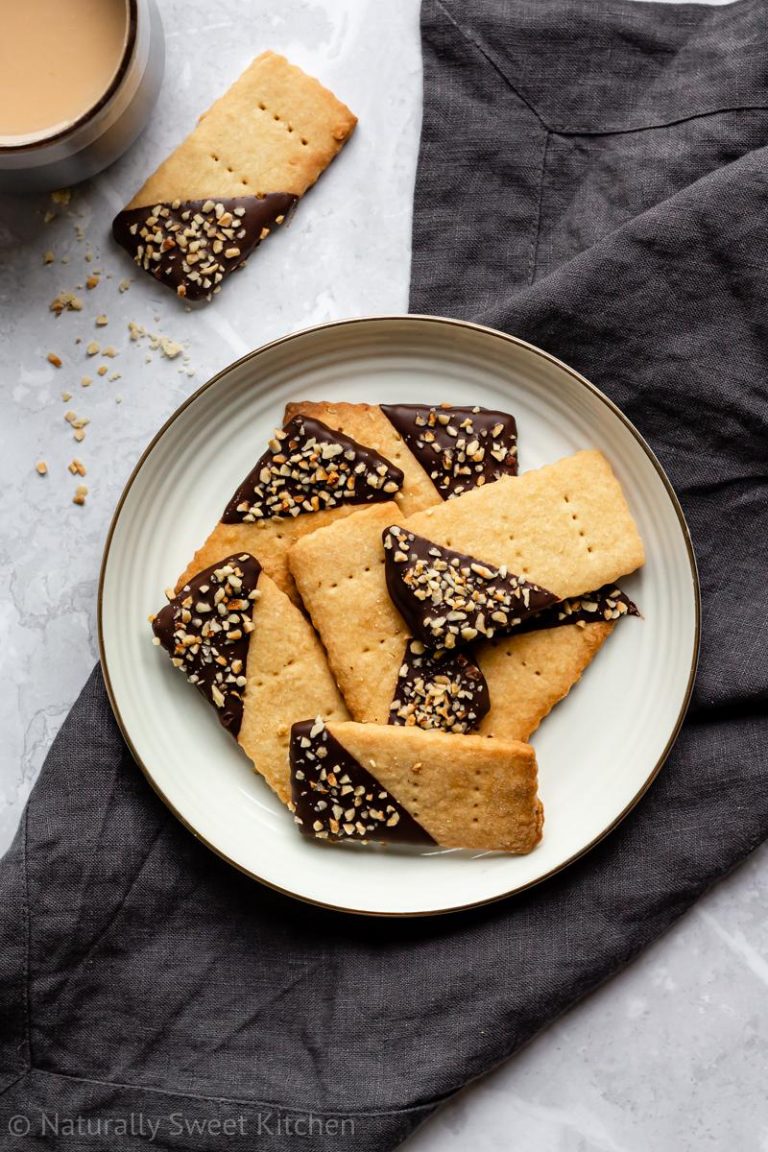 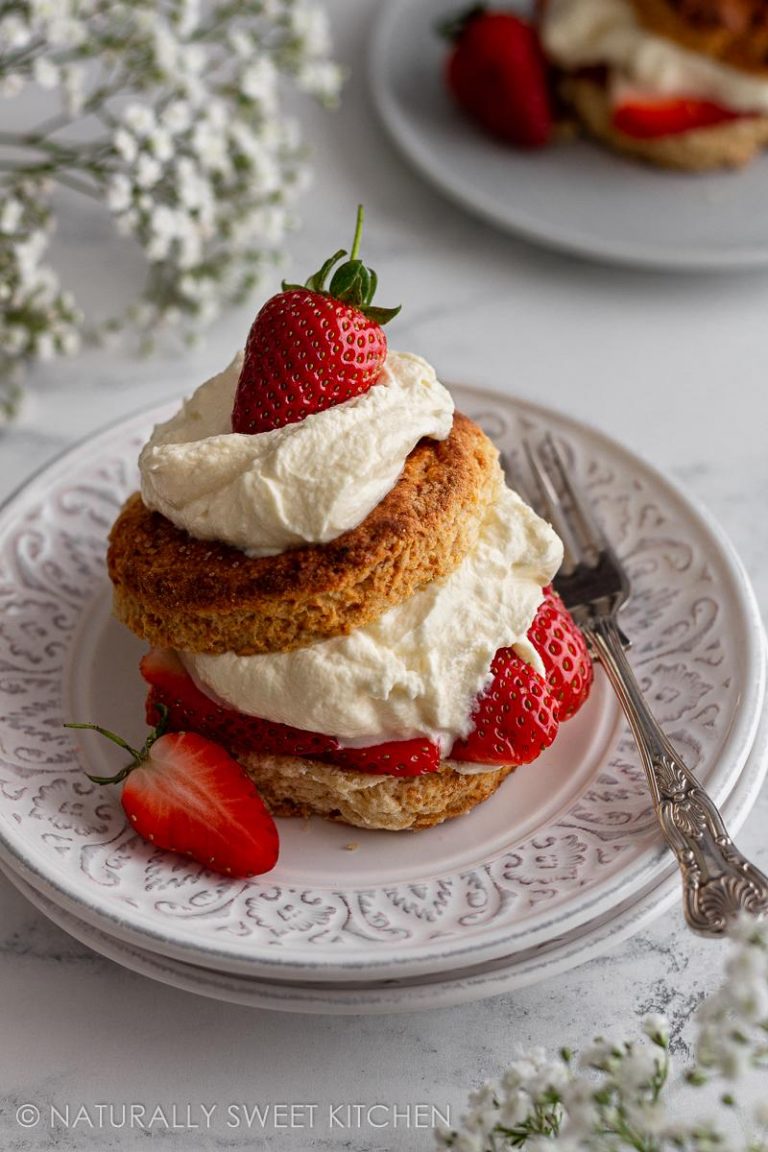